With a reminder that the natural world is already preparing for spring, Julia considers the work and legacy of sculptor Barbara Hepworth, the symmetry of David Hicks’ garden designs and a local example of sustainability in gardening.

S is for SPRING! May it bloom eternal, our annual renewal of hope.

In the book The Consolation of Nature: Spring in the Time of Coronavirus (Hodder Studio 2021) one of its three authors claims that the spring of 2020 was the loveliest in living memory. He and two nature writer co-authors decided that somehow, although restricted by Covid, they’d observe and memorialise the season’s unfolding in a week by week format. The book brings together the writers’ experiences as they explored contrasted areas of rural southern England and is a gloriously sensory, personal and closely-focussed account of spring’s gifts: returning migrant birds, burgeoning wild flowers, wildlife and insects.

Sculptor Dame Barbara Hepworth wrote, ‘The continuity of life contains a tremendous and impelling force. In autumn all the dynamics are laid for spring…. Spring is the manifestation of all that is laid down in the autumn,’ sentiments which SEGUE neatly into S for SCULPTURE.

Barbara Hepworth started to work at Trewyn STUDIO in ST IVES in 1949, creating a garden around it which has now been open to the public for 40 years.

Jodi Dickinson, in charge of the green and tree-shaded areas of the sloping site says, ‘The best part of my job is working amongst nature in the tranquil SANCTUARY of the Sculpture Garden where the monumental bronzes remain exactly as Dame Barbara laid them out.’

St Ives in holiday season is abuzz with visitors but up on Barnoon Hill the Barbara Hepworth Museum and Sculpture Garden – now under the care of the Tate St Ives – is elevated a little above the town.

Linger awhile on a seat there to admire the three large stone carvings and eighteen bronzes positioned among the planting and you’ll notice the only sound you’re hearing, apart from seagulls’ cries, is the wind’s rustle amongst the branches of the oak, maple and cherry trees.

Jodi’s company, Juniper Gardens is also managing the wild flower roof garden at St Ives’ Tate Gallery. ‘The temperate climate allows a great variety of plants to thrive here. My favourite? – that changes from week to week! but I love the grasses and their seed heads, for movement and the way they capture light,’ says Jodi, who’s studying for a Master’s degree from the Royal Horticultural Society.

In a Hicks garden STRUCTURE was all, echoing his streamlined – albeit sometimes perhaps almost too cutting edge innovative – interior decoration schemes for luxury residences worldwide.

Hicks garden, The Grove at Brightwell Baldwin, Oxfordshire, had not a delphinium in sight but was magnificently choreographed in all shades of green with a black-lined ornamental pond and white flower accents. Hicks was a master at using statuary, topiary, pleached alleys, gravel and contrasts of scale to dramatic perspective effect, all centred around a Gothic summer pavilion of his own design.

SUSTAINABILITY – as the urgency hits home of ensuring our actions in the garden are guided by environmentally-friendly principles the questions preoccupying horticulture professionals and amateurs alike are ‘Must STYLE be sacrificed for sustainability?’ and ‘How can we design, plant and grow in ecologically SENSITIVE ways to SUPPORT pollinators, birds, butterflies and other wildlife?’

Both questions are addressed by Kathryn Bradley-Hole in her book The Naturally Beautiful Garden: Contemporary Designs to Please the Eye and Support Nature (Rizzoli International 2021). Featuring sites across a variety of climates and conditions, the lavishly illustrated book depicts inspiring private and public gardens. The goal for these gardens is that they work with – rather than against – nature, opting for plants suited to the site and using only organic methods, which support birds and pollinators.

‘Pollinators perform a vital role in our ecosystem, helping provide us with fruit and vegetables, like tomatoes, strawberries, broad beans and cucumbers. Having lost 97 per cent of our UK wildflower meadows since 1939, our pollinator populations are in serious decline,’ the Lost Gardens of Heligan’s website (www.heligan.com) tells us. What we need to sustain them is diversity, in gardening as well as in farming, the explanation continues. It’s now accepted that diversity means wildflowers. As well as being beautiful, wildflowers provide nourishment for bumblebees, solitary bees, honey bees, butterflies, moths and a whole host of other pollinators.

For the £3.99 price (including postage) of a packet of The Lost Meadows of Heligan Seed Mix you have the opportunity to plant an area of 10 square metres with traditional cornfield annuals. The yellow flowers are corn marigold, the glorious blue ones are cornflower, the white are corn chamomile and the little bit of pink/purple are corn cockle.

Grown and harvested in Valentines’ field on the Heligan Estate, the seeds demonstrate Heligan’s drive to support pollinators and promote the biodiversity that keeps us all alive.

In Penzance you need go no further than St Mary’s Church in Chapel Street to see sustainability in gardening at work. Where formerly there were neatly clipped grass areas there is now a riot of flowers of all kinds, even overflowing the churchyard to broach the perimeter railings. The project to create wildflower patches encouraging pollinators and providing shelter for other wildlife was part of Cornwall Council’s strategy for ‘Making Space for Nature.’

Penzance’s future efforts towards sustainability will benefit from the recently-announced £21.5 million Town Deal. Through this, in partnership with Natural England and the Cornwall Wildlife Trust a county-wide land restoration and regeneration programme across 21,000 hectares is being launched, aimed at reversing the decline in biodiversity and restoring Cornwall’s natural environment. Plans include planting trees, restoring peat, making improvements to water quality, recreating endangered habitats and reintroducing lost and declining species such as dormice and the marsh fritillary butterfly.

“The best place to find God is in a garden. You can dig for him there“

Born in Dublin, George Bernard Shaw (1856-1950) became the leading English language dramatist of his age, ranked second to Shakespeare and awarded the Nobel Prize for Literature in 1925. His first public success was ‘Arms and the Man’ in 1894, a comedy mocking the futility of war. Shaw’s plays, aiming to introduce a new realistic style to the theatre, were vehicles for his often contentious social, political and religious ideas. Many of his 60 major works were written at his home Shaw’s Corner in the village of Ayot St Lawrence, Hertfordshire, in a secluded writer’s hut which could be rotated to follow the arc of the sun. Now a National Trust property, the house’s rooms remain much as Shaw left them, in June and July the 3.5 acres of gardens blooming with delphiniums, the great man’s favourite flower. After Shaw’s and his wife’s deaths, their ashes were mixed and scattered along the garden’s footpaths.

Attractive sub-tropical gardens Morrab Gardens cover an area of 3 acres and are centrally located close to the centre of town and also the promenade. The gardens are full of Mediterranean and sub-tropical plants and is a pleasant area of Penzance. Within the grounds is Morrab House which contains Morrab Library and was built in 1841. The gardens are maintained to a high standard and a number of others were enjoying the tranquil place when we visited in October 2020 during a brief relaxation of Covid restrictions. 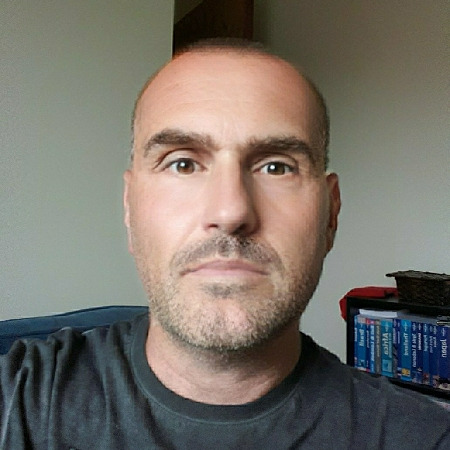