Taking liberties with her initial letter, Julia considers the threat of species eXtinction and the part we can all play to protect species that we depend on – and too often take for granted.

Since it’s so close to the end of the year when the Miscellany will take its final bow and EXIT, I am hoping to be EXCUSED for EXTENDing to include an important ‘ex’ word under this entry.

The word is EXTINCTION, a fear-inducing word which was there all the time, even when unspoken, at last month’s Glasgow COP 26 Meetings.

COP’s deliberations, followed by its promises and pledges, were designed to protect and preserve the life forms endangered by our planet’s changing climate. Those who garden are already perhaps conscious of the threat faced by one specific form of life: insects. It is very evident there are less insects than there used to be.

A recent study in the journal Biological Conservation sets out the proof, indicating 40 percent of all insect species are in decline. Researcher Francisco Sánchez-Bayo writes, ‘If we don’t stop this destruction, entire ecosystems will collapse due to starvation.’

Insects are essential for life as we know it. As they become scarcer, our world will slowly grind to a halt. Particularly threatened are the moths and butterflies, the pollinators like bees which pollinate more than a third of our food crops, meaning significant reduction in their numbers would drastically affect agriculture, and the dung beetles, along with other insects that help decompose faeces and detritus.

The study found that half of moth and butterfly species are in decline, while extinction threatens nearly half of bees, ants and beetles.

Factors behind the decline include the habitat destruction wrought by humans, such as deforestation, the draining of wetlands and swamps and the conversion of natural habitats for agriculture.

Where there’s agriculture there’ll be the use of chemicals: herbicides, fungicides, and pesticides. Insecticides, unsurprisingly, hurt non-target species, and neonicotinoids have been implicated in the worldwide decline of bees.

And climate change’s role is huge: the impact of extreme weather, for example, such as droughts, which are likely to increase in intensity, duration, and frequency in the future. Other factors include invasive species, parasites, and diseases.

To be better informed about this crisis you could choose to read fiction and try out for size the prescient, blazingly intelligent novel by Barbara Kingsolver Flight Behaviour (Faber and Faber 2012).

The New York Times Book Review calls Kingsolver’s story about how habitat destruction is tragically affecting the Monarch butterfly’s migration flight path southwards down the US to its hatching sites in Mexico ‘brave and majestic’ while the Washington Post says, ‘Kingsolver has written one of the more thoughtful novels about the scientific, financial and psychological intricacies of climate change. Her ability to put these silent, breathtakingly beautiful butterflies at the centre of this calamitous and noisy debate is nothing short of brilliant.’

Alternatively, you could opt for reviewing the facts as author Dave Goulson passionately sets them out in his new book Silent Earth: Averting the Insect Apocalypse (Vintage 2021).

In this, he argues we must all learn to respect and care for our six-legged friends. Silent Earth is part love letter to the insect world, part elegy, part rousing manifesto for a greener planet. It calls for profound change at every level: in government policy, agriculture, industry and in our own homes and gardens.

Goulson warns but he also writes encouragingly, ‘Although time is running out, it is not yet too late for insect populations to recover and we can all take steps to counter their destruction.’

X is for XEROCHRYSUM: yes, there are flowers that begin with this letter and this one, known as Golden Everlasting or Strawflower, belongs to the Asteraceae family and is native to Australia. Its genus name derives from the Greek for ‘dry’, xeros and for ‘gold’, chrysos. True to its name, strawflowers are long-lasting while in the ground and once picked, retain their form, shape and bright colours in a dried flower display. They have bracts, not petals. These, which are paper-like and close-packed, make for a showy effect. They come in hues of orange, purple, pink and red but yellow is the most common.

(More on this, boldest by far of colours in the spectrum, to come in next blog on 10 December.)

Strawflowers are easy to grow. Seeds can be planted directly in the garden after you’re sure all danger of frost has passed. Dig some well-composted soil to a depth of 8 to 10 inches, and place in a position where the plants will be in full sun.

X is for XMAS and, rivalling the holly berries and mistletoe, there is a rose that lays claim to Christmas, a white rose, whose golden-stamened blooms astonishingly appear at this coldest and darkest time of the year.

The Christmas rose or black hellebore Helleborus niger resembles a wild rose yet does not belong to the rose family Rosaceae. The evergreen perennial plant with glossy green leaves is from the buttercup family, Ranunculaceae, and is poisonous.

An old myth tells us the flower gained its name after a young girl wept because she had no gift to bring the Christ Child in the manger at Bethlehem. Where her tears fell in the snow, roses sprang up and bloomed.

Easy to grow in a sheltered site on alkaline soils, when massed, the Christmas rose makes an impressive groundcover,

“At the beginning of the late spring we have gathered at the Orchid Pavilion. There are high mountains and steep hills, dense wood and slender bamboos… The sky is clear, the air is fresh”

Wang Xizhi (AD 303–361) was a Chinese calligrapher, politician, general and writer during the Jin dynasty (AD 266-420), a time of great turmoil, rebellion and dissent in Western China. Xizhi’s most noted work of calligraphy is the Preface to the Poems Composed at the Orchid Pavilion(quoted above), an introduction to the work of poets convening at Lanting near the town of Shaoxing for the Spring Purification Festival. The original is lost, but the Preface survives in a number of finely traced copies. Apart from his masterpieces, Xizhi is particularly remembered for one of his hobbies, that of rearing geese. Legend has it that he was fond of closely watching over his flock and that it was by observing the way his geese moved their necks that he learned a technique of turning his wrist in a delicate way whilst using brush and ink to form his exquisite lettering.

Relaxing Walkabout A relaxing and gentle walkabout, ideal for de-stressing. Morrab Gardens has lots of different plants and trees, two ponds, a bandstand and water feature. This was my first visit and I managed to see two squirrels, although there are lots of birds around also. Will definitely return.... 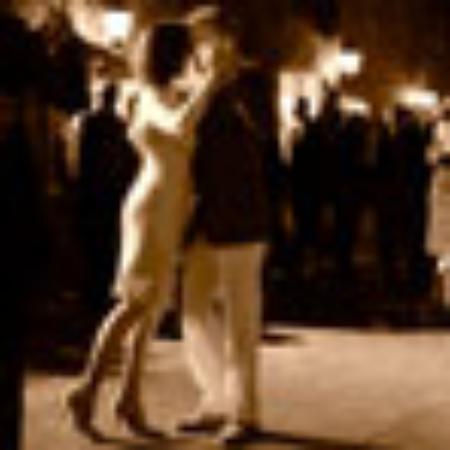